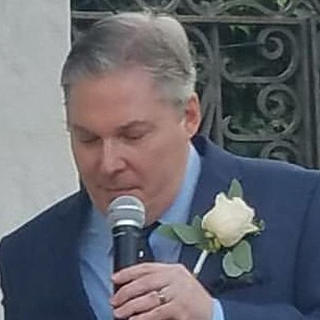 The Historical-Thriller fiction novel that's being talked about!

Available on Amazon Kindle in both paperback and eBook versions. Get yours today! amazon.com/author/eldoncallaway Daniel Collum's quiet life as an antique shop owner is suddenly turned around when a photograph taken by a historical journalist is seen by a group of men who thought Collum dead the past thirty years. Now on the run with Veronica Jenkins, the journalist who took the photo, Daniel Collum is torn between his knowledge of a coverup in the assassination attempt on P
5 views0 comments

Everyone in the nation knows of Lincoln's assassination, but many do not know the events leading up to that fateful evening. In this first blog in a series, I will take a look at the ringleader - John Wilkes Booth. John Wilkes Booth was born May 10, 1838, in Maryland. He was the ninth of ten children born into a distinguished acting family of the 19th century United States. His emotional instability and egocentricity, in conjunction with his brother Edwin's rise as the for
16 views0 comments

Due to so many natural disasters currently in the news, This month is dedicated to one of the worst natural disasters to hit the United States, though it is now largely forgotten. On September 8th 1900, a Category 4 hurricane ripped through Galveston, Texas with winds reaching upwards of 145 mph (233 km/h), killing an estimated 6,000 to 8,000 people. A 15-foot storm surge flooded the city, which was then situated at less than 9 feet above sea level, and numerous homes and bui
52 views0 comments

Prohibition and the Untouchables (Part 3)

This will conclude the three-part blog that began with Prohibition and continued with Capone and the mobs. This last part will cover Elliot Ness and the Untouchables. When Herbert Hoover took office in 1929, becoming our 31st President, he charged Andrew Mellon, Secretary of the Treasury, with taking down Alphonse Capone. The attack was mounted on two fronts. While the Treasury's Bureau of Internal Revenue examined Capone's financial records for ways to prosecute him on ta
10 views0 comments

Prohibition and the Untouchables (Part 2)

Continuing from Part One on Prohibition, Part Two will center around Al Capone and the gangs of Chicago. As always, comments are welcome. Alphonse Gabriel Capone was born January 17, 1899 in Brooklyn, New York to Italian immigrants. Considered a smart child, Capone quit school when he was fourteen, during the sixth grade. He took part in the gangs Brooklyn Rippers and Forty Thieves Junior (kid gangs), before becoming a Five Points Gang member. Growing up, he worked many j
11 views0 comments

Prohibition and the Untouchables (Part 1)

This month will touch on the section of American history dealing with Prohibition, Al Capone, and the Untouchables. As always, feel free to send any questions, feedback, etc. regarding the blogs or to my novel, The Quarter Year Man (just months away from publication). January 16, 1919 The Eighteenth Amendment was ratified as a part of the Constitution. Based on the temporary Wartime Prohibition Act which had been proposed on 18 December, 1917 to save grain for the war effor
19 views0 comments

The attack on Pearl Harbor

December 7, 1941. Young and old alike learn what happened on this day in United States history. It was this day that brought the United States into the second World War. Though many know what happened with the ships in the harbor, I would like to center some information on the land battle that also took place. Airfields were the primary land targets of the Japanese forces at Pearl Harbor. Those airfields at the top of the list included: Wheeler Army Airfield, Hickam Fiel
21 views0 comments

The attempted assassination of Reagan

A major story point in The Quarter Year Man deals with the assassination attempt of then President Ronald Reagan. To help the reader with some information, here is what happened on that day, along with information most don't know about, though the information is there for anyone who finds it. At 2:27 p.m. on March 30, 1981, just sixty-nine days into his presidency, Ronald Reagan was shot by John Hinckley in an attempt by Hinkley to impress actress Jodie Foster. He had becom
52 views0 comments

Welcome to my Blog.

I would like to thank you all for stopping by my site. There are still a few items that need some work, but overall you are viewing the final product. For those Faithful Few who have joined here as well as the Facebook page, I appreciate you continuing on this journey with me. The book is in a final rewrite process to tighten things up before sending in to editing. A Kickstarter will be up in a short time to help with the costs (for those that don't already know, this is
9 views0 comments